TomilyLeave a Comment on Review of NINJA GAIDEN: Master Collection.Posted in reviews

The Ninja Gaiden series has been famed for its complexity since the 8-bit era, and in 2004 it received a relaunch that brought Ryu Hayabusa’s harsh history into 3D. Dead or Alive’s father Tomonobu Itagaki and his studio Team NINJA were responsible for reviving the classics. The developers focused on a deep combat system and wrapped it in a kind of eclectic design, in which various traditional Japanese elements are combined with high technology, as well as muscular heroes and sexy heroines.

It turned out to be a very difficult, but at the same time, an exciting game, where, with proper skill, you can beautifully crumble enemies with a variety of cold weapons. After the release of the sequel, Itagaki left the studio, and the third part was developed without him, and it was very different from its predecessors. By multiplying the gore and brutality of the original, Ninja Gaiden 3 has become much easier in terms of gameplay and received a lot of negative feedback from fans.

Well, the first two are considered one of the best representatives of their genre (hack and slash).

We have tested this collection and now we will tell you everything about it..

The industry is structured in such a way that such re-releases are often the only way to play a particular game on a particular modern platform. Therefore, it is very important here not to spoil the original idea, although leaving everything as it was originally — is also often not the best option, because visually games can get very old, which can alienate a new audience. Unlike the recent Mass Effect Legendary Edition, the Japanese specialists did not change anything in Ninja Gaiden: Master Collection.

The image, of course, is rendered in 4K at 60 frames per second, and the textures and shadows are slightly improved in places, but the interface, special effects and some other elements look soapy and pixelated. The first part seems especially visually outdated. It certainly looks better than on the PlayStation 3, but it still has low poly models resembling plastic dolls, sharp animation and simple geometry of the levels.

Anti-aliasing is also not the best – in some places there are noticeable ladders. Plus, in scenes where there is some post-processing and a lot of special effects, you can see how the entire background turns into one continuous pixel mess. Especially seen in the episodes before the battle with the boss Makasado and some other fragments where there is a lot of fire and an image “floats” from extreme heat.

But despite the outdated appearance of the first part, the combat sections are still capable of captivating. This is where those mechanics and features that the series are so famous for came into being. Unlike the more popular Devil May Cry franchise, fights here require increased attention to defense and tactical maneuvers in battle. The strategy of battles set by the authors became in many ways defining not only for the series, but also for some other games.

Hacking overwhelming enemy forces is incredibly fun – combat mechanics can give a light even to many modern action films.

Unfortunately, outside of the cool fights in Ninja Gaiden Sigma, there are not the best solutions. The most famous fact about the game – high difficulty, however, this moment does not always imply smart opponents. The overestimated complexity of the first part is also associated with the system for saving progress, which is manually activated at special pillars. 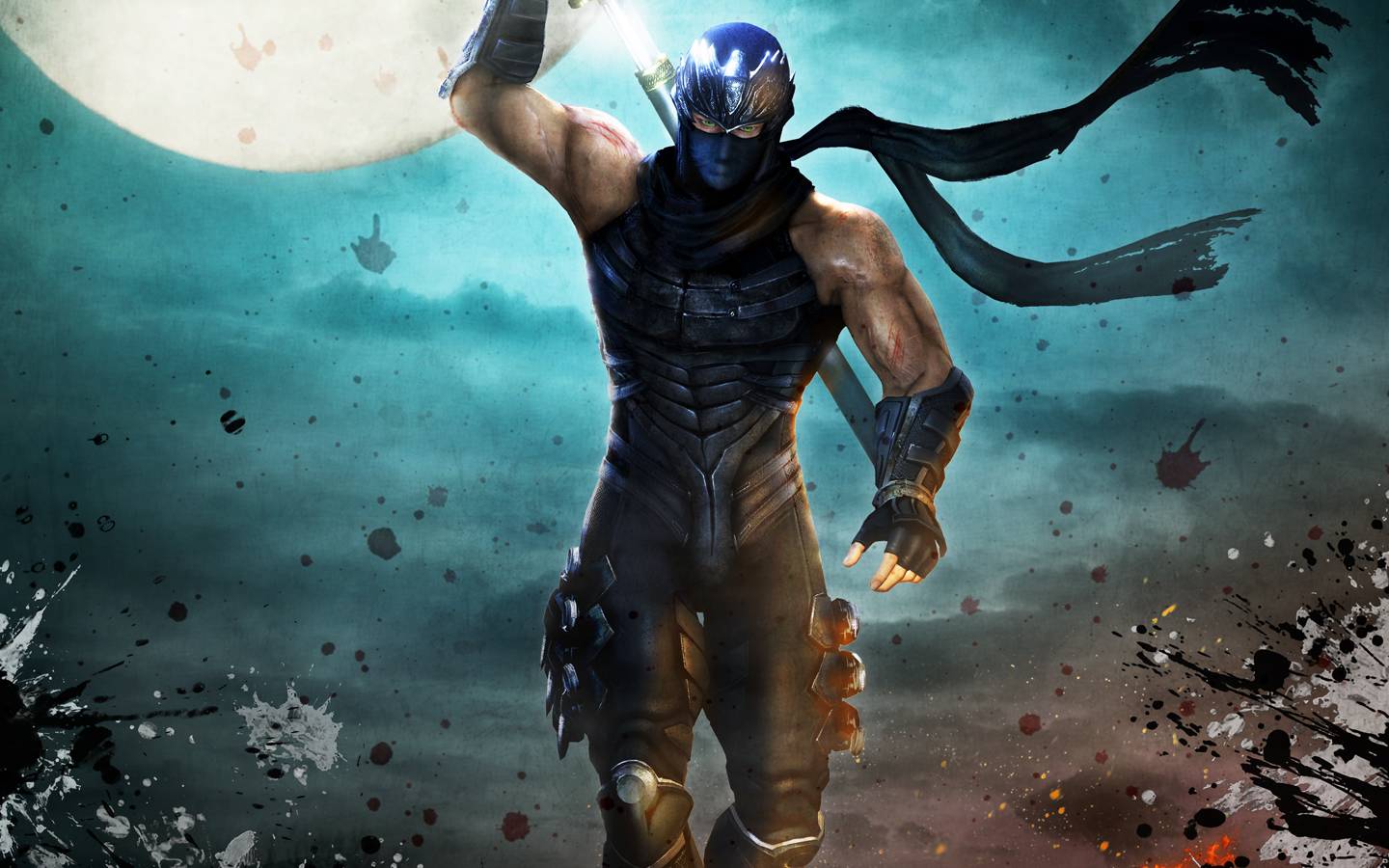 They are often not very conveniently placed and are quite rare. At the same time, there is no saving between chapters, which can lead to unpleasant situations. For example, in the short eighth chapter, you can save approximately in the middle of your path, and then after a few fights get to the boss, defeat him and then move on to a new chapter. If you die there at the beginning, jumping on the platforms, then you will have to start from the previous chapter, where you need to run to the boss again, making your way through simple enemies and watching the cutscenes, which are not skipped immediately, but only after some time. Why did the developers in the remaster not save at least between levels? – riddle.

It should be noted that the difficulty of fights can be reduced by losing several times in a row. Then it will be possible to enable the simplified mode. If you do not know how to play such games at all, but really want to, then in the Master Collection there is an opportunity to start passing in the Hero Mode.

In this case, at a critical level of health, the main character will automatically block attacks for some time and dodge enemy attacks, and will also be able to use magical abilities without spending special energy.

Ninja Gaiden Sigma 2, in contrast to the first game, seems more beautiful, responsive and smoother. The characters have grown in detail here, but the overall picture still seems outdated. Here, too, there are problems with anti-aliasing and pixelation, but not as obvious as in the first "Sigme". As for the combat system, it has expanded with a huge arsenal of edged weapons. – it brought a nice variety to the deep and fun gameplay. In addition, there is also a Hero Mode, and save points are placed much more often, which allows you to concentrate on the combat system.

In general, everything is about the same as it was at the initial release. Ninja gaiden sigma 2 – still one of the best games in its genre.

I want to draw your attention to the fact that in the collection, which was provided to us for review, there is no possibility of chopping off heads and limbs, which was in the original parts “Sigma” on the PlayStation 3, however, the developers promise that in the patch of the first day this missing element will be added.

As for the plot, he was always attached to the main character. – martial arts master and ninja Ryu Hayabuse. The story begins with enemies burning down his clan’s village and stealing

a sacred sword. Naturally, Ryu is going to take revenge on everyone and return the stolen relic along the way.

In the course of the story, he meets various sexy warriors pursuing goals similar to him. Some of them will be allowed to play.

In general, the story of the games in the Ninja Gaiden Sigma series is very simple and serves only as a motive for the player to have at least some explanation for the madness happening on the screen. At the same time, the plot can catch on with the eccentricity of the world, which combines various medieval oriental motives along with advanced technologies and magic. Here, literally in one shot, you can see traditional Japanese pagodas, hefty skyscrapers and a giant Buddha statue that walks through the city.

Personally, it was not very interesting for me to follow the narrative as such, but watching the rampage of the writers’ fantasy is quite fun.

The first Ninja Gaiden, even after many years, are able to carry away for long hours. The developers should definitely put in more effort and redraw at least the interface, but even so, they remain very cool action films, the mechanics of which still seem relevant. On this I would like to finish, but, unfortunately, the collection also contains the third part, which was some kind of misunderstanding already at the start, and now an outdated appearance is added to this..